Nokia 3310 (2017) Feature Phone Online: Specs and Features
Nokia 3310 is one of the most popular feature phone in across the world. But this iconic nokia feature phone has ended it’s amazing journey when various Symbian, java phone and android smartphone comes to our hand. After 17 years later, the unthinkable thing came again. At mid 2017, most iconic Nokia 3310 is making a comeback via a partnership between Nokia and its exclusive Finnish handset developer company HMD. But this isn’t simply a rebuild of the classic 3310. 17 years have passed and a lot has changed. Now this is an updated retro design than previous nokia 3310 (2000). New nokia 3310 (2017) feature phone has a bigger display than previous. This new nokia phone also comes with an amazing 2MP back camera which will allows to click photo anywhere. There is no WLAN, but this new Nokia 3310 has Bluetooth 3.0 connectivity, FM radio and a microUSB 2.0 port to transfer data to your laptop or computer device. There is also a 3.5mm audio jack with great loudspeaker option in this iconic nokia feature phone. And the most important part of feature phone is battery. Nokia 3310 phone has a strong 1200mAh battery life.

Rangs J10 Power Bank Feature Phone Online: Specs and Features
Feature phone with power bank? Rangs J10 is not only a feature phone but this is also a wonderful power bank mobile phone. If you have a rangs j10 mobile phone in your pocket then definitely you can be more relaxed even you are in tour now. Rangs J10 is a popular feature phone in Bangladesh because of it’s own specs, features and quality. There is strong 6500mAh bulk battery which tells you that you can use this mobile phone at least 20 days without charging! And of course alongside this, you can use this feature phone by USB port to charge another phone. Rangs J10 have VGA camera, FM radio, blacklist, memory card option, audio player and so may features for you.

Samsung Guru Music 2 Feature Phone Online: Specs and Features
Samsung is very popular feature phone brand in Bangladesh. Mobile giant Samsung have very big big smartphone model, but you can find some popular Samsung feature phones too. Guru Music 2 is one of them. Samsung guru music 2 price in Dhaka is very much affordable to buy a feature phone easily. For shopping a feature phone, we all have a narrow budget. But surely, this guru music 2 specs and price will be at your fingertips.

MyCell J1 Java Feature Phone Online: Specs and Features
MyCell J1 Feature Phone comes with a large 2.8″ screen and a vibrant display, which enhances your viewing experience. Also, a sleek design makes it extremely attractive and easy to use. With a great 1,400mAh battery, you can play songs and listen to your favorited playlists all day long. It has advanced MP3 player and powerful loudspeakers let you start a party anytime, anywhere. Also with it’s camera (front & back as well), you can capture your memory, anytime. Do check Mycell J1 online, find best java feature phone at cheap price in whole bangladesh. 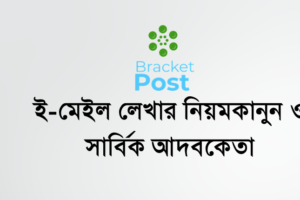